Five hundred eighty-two communities in the Bay watershed are working to meet NPDES permit standards for stormwater discharges from their municipal separate storm sewer systems (MS4s). MS4s that discharge to impaired surface waters or directly to the Chesapeake Bay are required to develop Pollutant Reduction or TMDL Plans. Meeting regulatory requirements while also addressing important local drivers, such as increased flooding is a daunting order for any municipality, regardless of size. However, one innovative county in Pennsylvania has proven that there is strength in numbers.

A goal without a plan is just a wish

Water is highly valued in York County. Local streams are an important source of drinking water, and most state and county parks contain water features that provide extensive recreational opportunities. Beyond the regulatory driver, the county was motivated to maintain the safety and quality of life for its residents.

In 2014, the county set out to create a regional Chesapeake Bay Pollutant Reduction Plan (CBPRP) to clean up its waterways. Led by Director Felicia Dell, the York County Planning Commission (YCPC) took a strategic look at how municipalities could get the most bang for their buck when implementing stormwater best management practices (BMPs) – and decided to try a different method to get it done: collaboration. With the goals of clean water, reduced flooding, improved community health, and regulatory compliance in mind, the YCPC engaged the state’s department of environmental protection and worked to gain local support and funding for the effort. With the help of a Chesapeake Bay Foundation technical assistance grant, YCPC received the critical professional guidance they needed to tackle this multi-year initiative.

It quickly became clear that if several municipalities worked together, they could share the daunting cost of project implementation while maximizing the benefits. All 72 York County municipalities were invited to participate in developing the pollutant reduction plan. In the end, 46 municipalities opted-in, and a steering committee, consisting of municipal representatives, was formed.

This regional approach allowed stormwater issues to be examined from a watershed perspective versus being constrained by municipal boundaries, which often predicate project placement on who has funding and available land. Looking at the watershed in its entirety based on how water flows through the county allowed for smarter project placement to better ensure that practices were sustainable and maintainable.

While other counties may identify champions from different agencies and organizations, York County found that having its Planning Commission lead the charge had wide-ranging benefits. “I think one key to success is having an agency or other entity take a lead role,” said Director Dell. “The Planning Commission in York County worked for us, but it doesn’t have to be a county planning agency. It could be a conservation district, a river keeper position, or another stakeholder group. Just having a single point of contact for questions to be funneled through and somebody to lead the way is critical.” For York, the YCPC not only had an obligation to clean up county waterways, but it also had a vested interest in infrastructure improvements, community development, and floodplain protection. Repetitive flooding was identified as a major problem faced by York communities, so improved hazard mitigation was a key priority.

With the YCPC spearheading the efforts and working collaboratively with the steering committee, municipal data was collected and a list of over 70 stormwater BMP projects across the urbanized area was created. Projects were considered based on their impact to impaired watersheds, cost effectiveness, public accessibility, project readiness, supplemental funding, and secondary (or co-) benefits provided to the community.

Show me the money

With the steering committee in place, it was critical to create a funding mechanism that was fair and transparent. After looking at options, such as tiered approaches and flat fees, the committee agreed to a formula based on linear miles of impaired stream, population based on the 2000 census, and acres of impervious coverage in each municipality. This funding formula allows smaller municipalities to have a level of investment that is manageable for their size and encourages municipalities without permit requirements to participate simply because it is the right thing to do. While funding was the biggest concern at the outset, it turned out to be one of the easiest things upon which the committee reached consensus.

Upon completion of the 2014 Regional CBPRP, 44 municipalities entered into an Intergovernmental Cooperation Agreement, forming the York County Stormwater Consortium to implement the plan. Through 2017, the Consortium completed 11 BMP projects and is reducing nearly 200,000 pounds of sediment from streams annually. In addition, approximately $200,000 of Consortium funding has been leveraged into $2 million of grant funding for stormwater projects. A 2017 Regional CBPRP, being implemented by 46 municipal participants in the Consortium, and multiple public and private sector partnerships, has now superseded the 2014 Regional Plan.

Even though York County has seen improvements through implementation of the Regional CBPRP throughout the county’s urbanized area, there is still an opportunity to be more strategic. “We don't want to start cleaning things up at the bottom of the watershed and then go back to the top and do projects after the fact,” Director Dell said. “We want to make sure that we're progressively building on our clean water improvements and meeting our goals as we go down through the watershed.”

Looking ahead, Dell hopes to create a county stormwater authority that addresses improvements being made in both the agricultural sector and in urbanized municipalities. She hopes to take a more holistic look at York County’s potential accomplishments by working to break down silos and consider improvements on a watershed-wide basis. “The goals we have to meet are countywide,” said Dell. “They are not individual municipal goals, so the only way to make true improvements is on a  countywide scale. We feel a stormwater authority is likely the most effective way to get that holistic view and achieve our goals.” 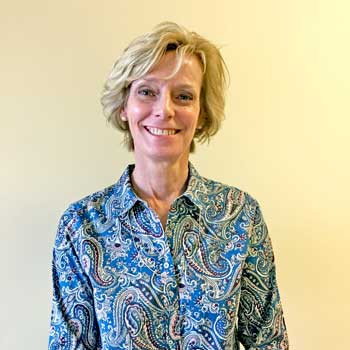 Felicia Dell is a native York Countian. She attended Slippery Rock University, University of Salamanca, Spain, and Texas A&M University before coming back to York to begin her career in urban planning. She worked for a local engineering firm, C.S. Davidson, Inc., for several years then continued her career at the York County Planning Commission in 1989. She has held various positions during her years at the Planning Commission including Chief of Transportation Planning and Assistant Director. In the Spring of 2000, she was appointed to the position of Director upon the retirement of Jack Dunn. She manages the day-to-day operation, as well as the long-term direction of the organization.